We had another full day today. This morning we went to church. Alice was preaching when we arrived and a young girl called Margaret translated for us in English. Alice talked about how to believe in the lord and how if you believe you can do anything, Alice was very passionate about what she was preaching and had tears streaming down her face. The church was full of children from a very young age who sat quietly throughout the 4 hour service. The church is located at the primary  school which is in the middle of the slums which is just a metal hut. As you can imagine in the temperatures of about 30 degrees today how hot it was for us sitting in there for the 2 hours we were there. After Alice finished her preaching a young girl started singing on her own, then the bongo drums started and everyone joined in. Some of the little children started dancing in front and Maryanne joined them along with Jude and Kathy. We noticed as we looked around that everyone wears their best clothes on Sunday. This is probably the only time they don’t wear their uniform. Some of the children’s clothes were too big for them and some too small. Paul got up and said a few words to everyone and introduced us all. We all went up the front and said something each about how thankful and blessed we were to be here and how welcoming they had been to us, they all clapped and rejoiced. Shirley then got up and talked to everyone about how the seed is the beginning of faith, how it grows with belief and prayer. While the church service was going on there were still a lot of children on the streets, some came looking through the tin windows to see what was going on.
After church we all went to James and Alice’s house. C4C (Asante coffee shop) rent the house for them as they house street children and try to reconcile them with their families or reintergrate them into other familes. It was a modern house with basic facilities. They showed us around the house. Its a 3 bedroom house with a lounge and a small kitchen although they still do all their cooking outside on a fire. They have 2 children themselves Becky and Mary. Mary is adopted, she was found in the streets when she was 18 months old and is now 9 years old. They have 8 street children living with them who share one room which has 2 bunk beds, 2 share each bed. We noticed they didn’t have mosquito nets over the beds, which becomes a problem when the children get ill they don’t have the money to pay for treatment. Alice and James feed a lot of the children that don’t have much. Today we counted upto 52 children that were there and more came later, they fed them a piece of lime which all the children seemed to enjoy, then we followed the children round the back of the house where they all got 2 pieces of bread, 3 biscuits and a cup of pineapple juice. The children all lined up quickly and without any fuss, youngest children first and oldest last. James says during the holidays and weekends this is the norm.
The older children put on a show for us. It was acted out very well and their English was very good. The children who put on the show join in with an annual school music competition. The Life Centre primary school have been rated 16th out of 4000 schools across the nation. The is a massive acheivement for a slum school who has no electricity.
We all joined in afterwards with ring games with all the children. They made us dance inside the circle infront of them all and they all laughed at us as we didn’t have their rhythm. It was a great atmosphere of fun and laughter and “such fun”.
Today has been a day full of love and we all feel thankful and humbled.
P.S we have have now learnt the Kenyan term of “almost”. It means upto 2 hours! 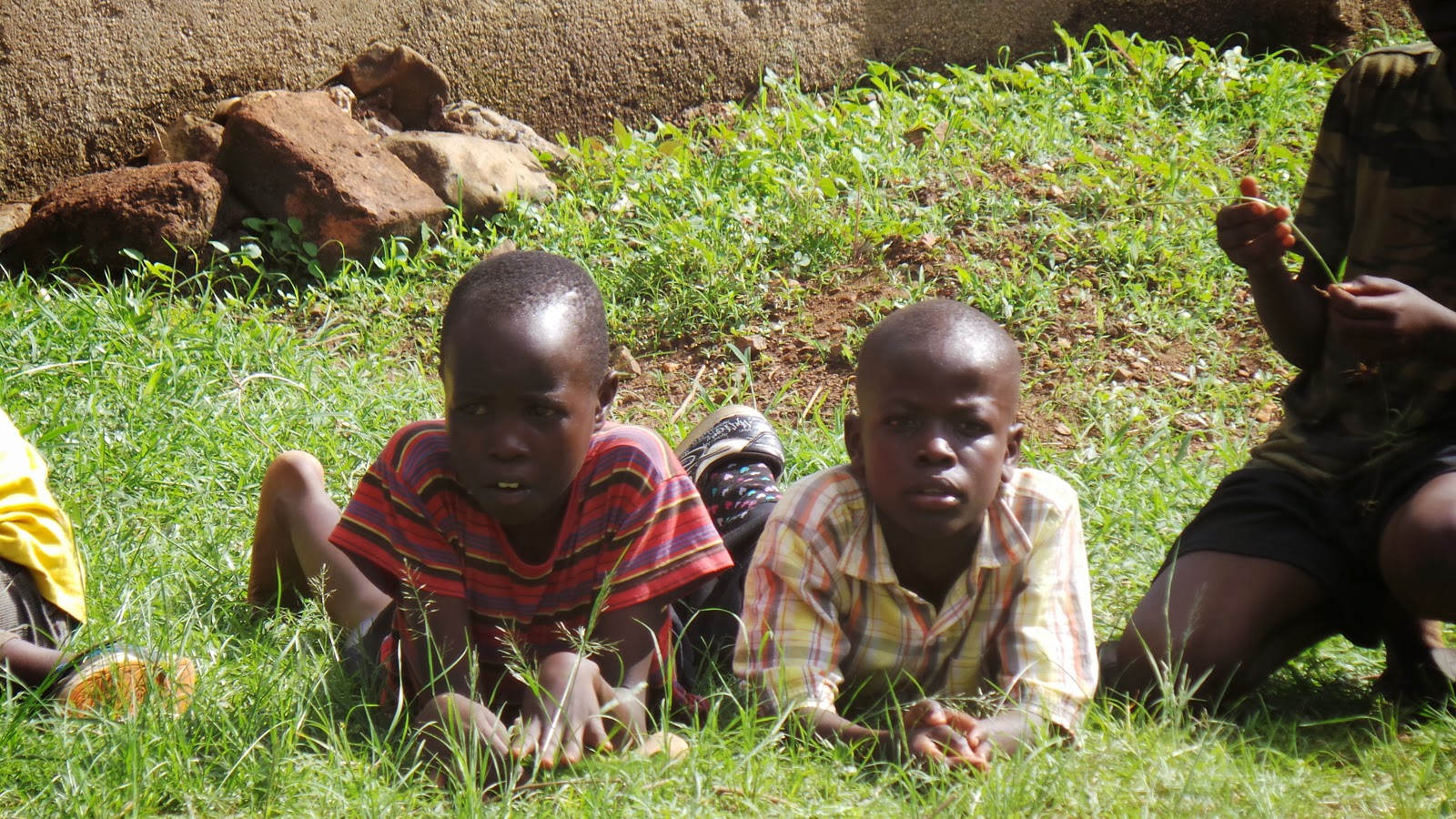 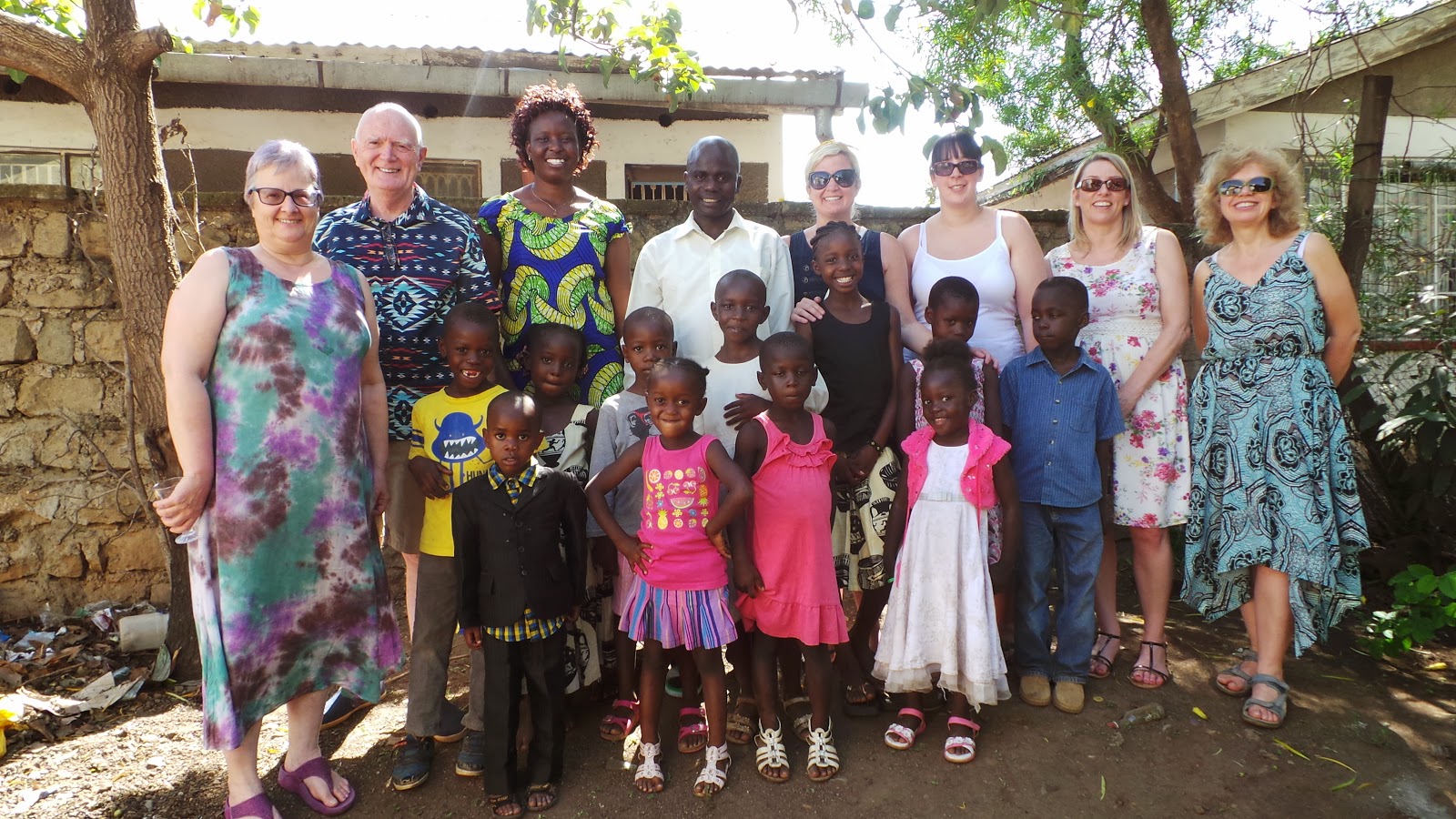 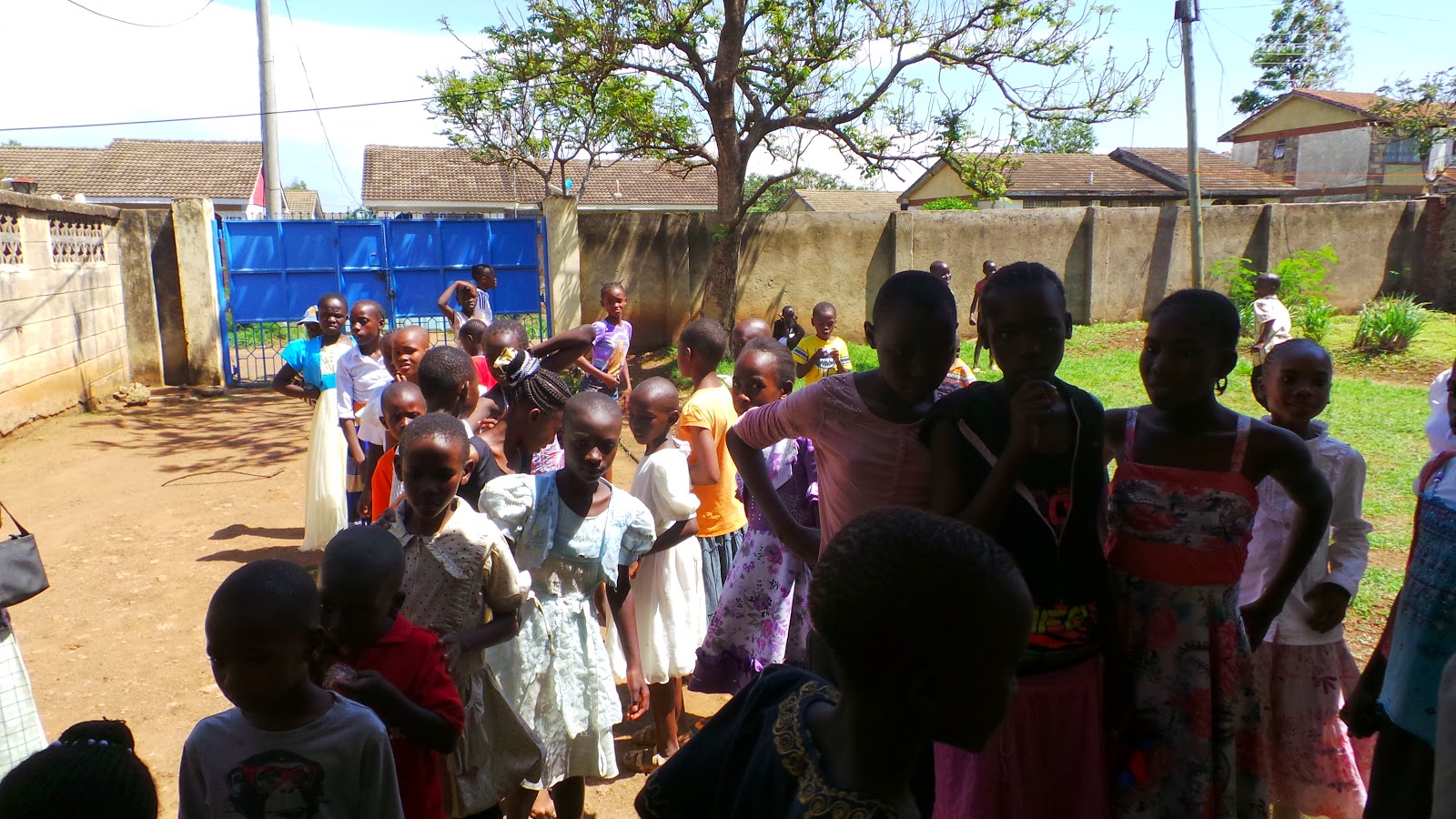 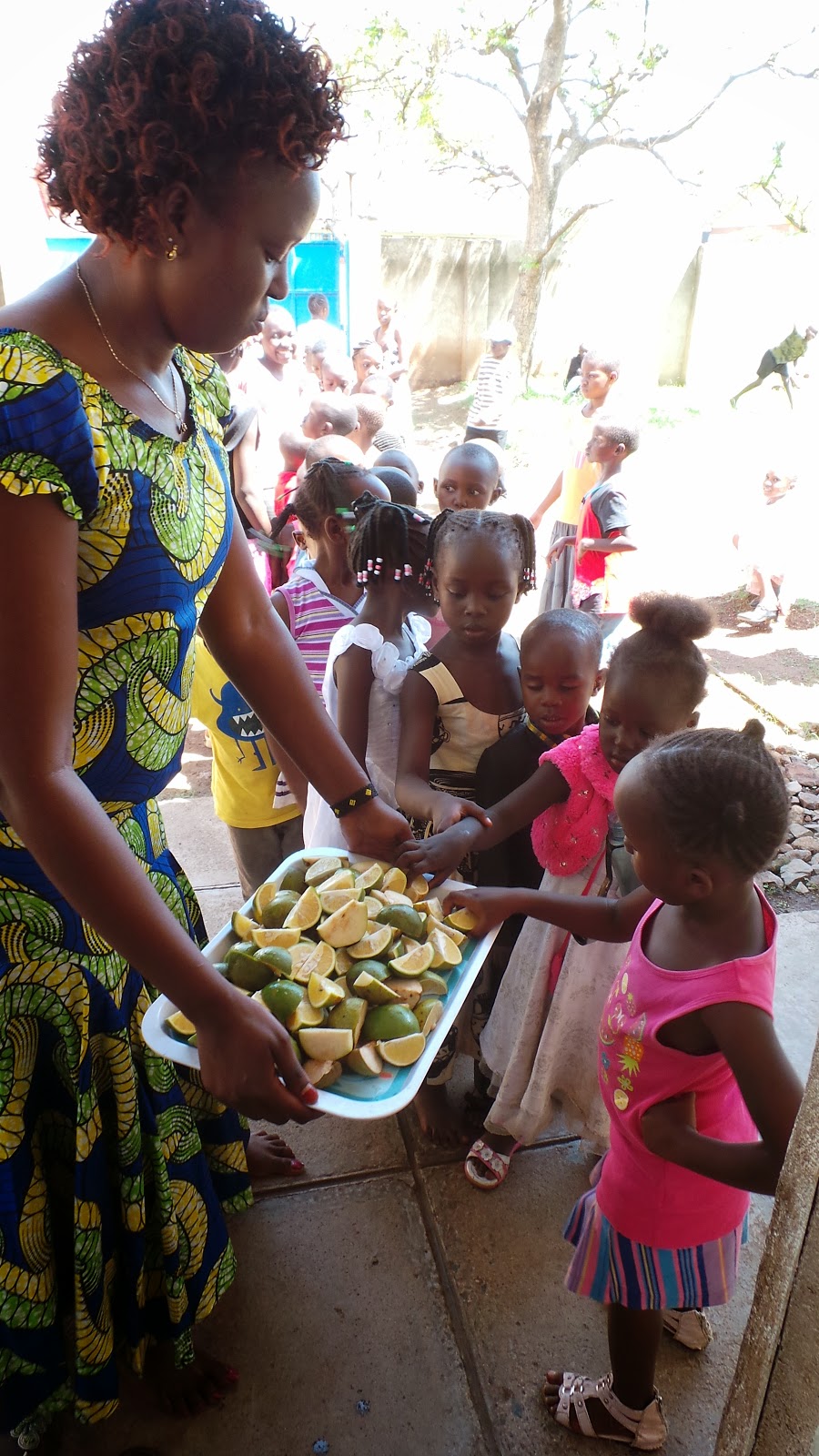 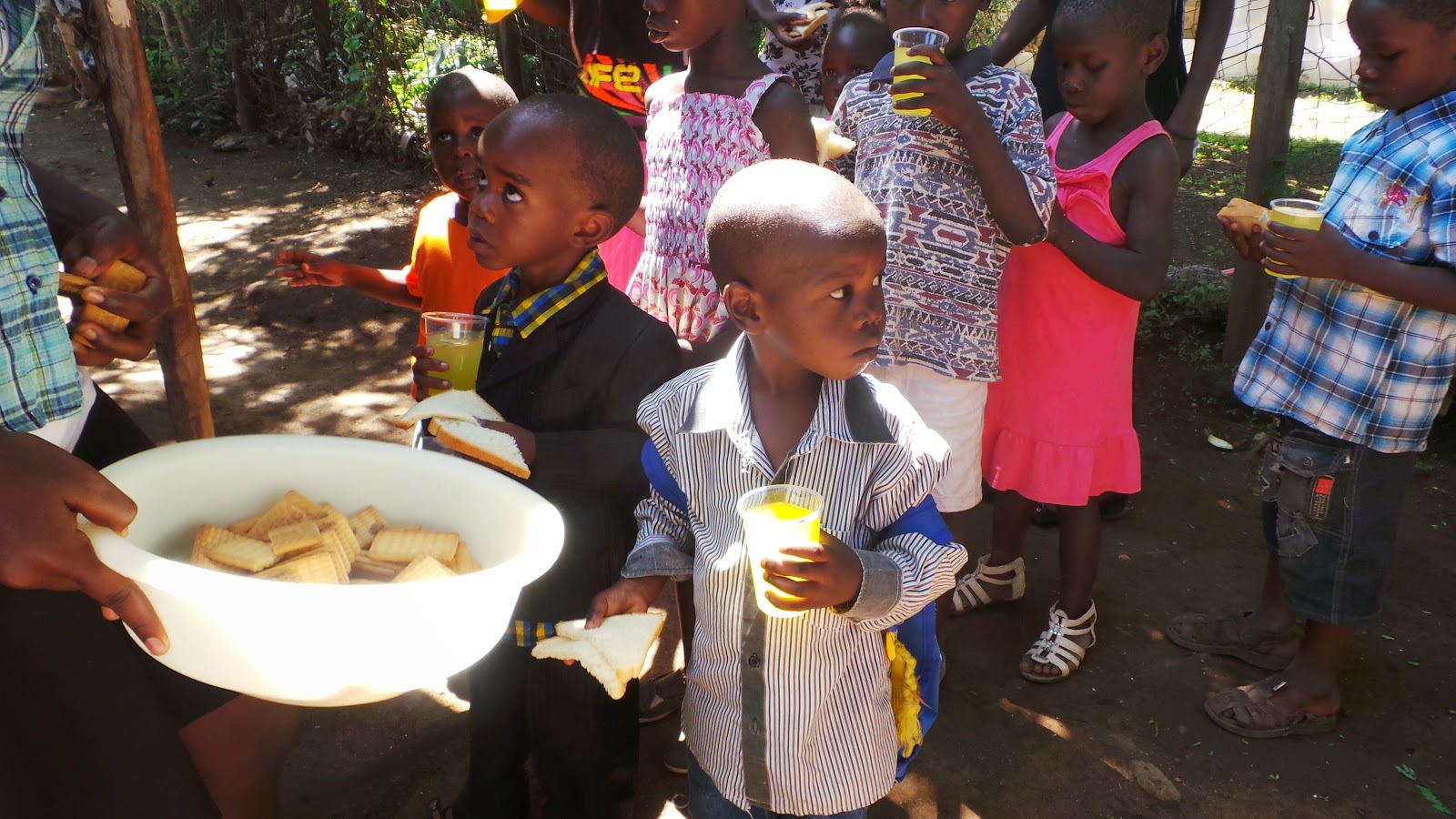 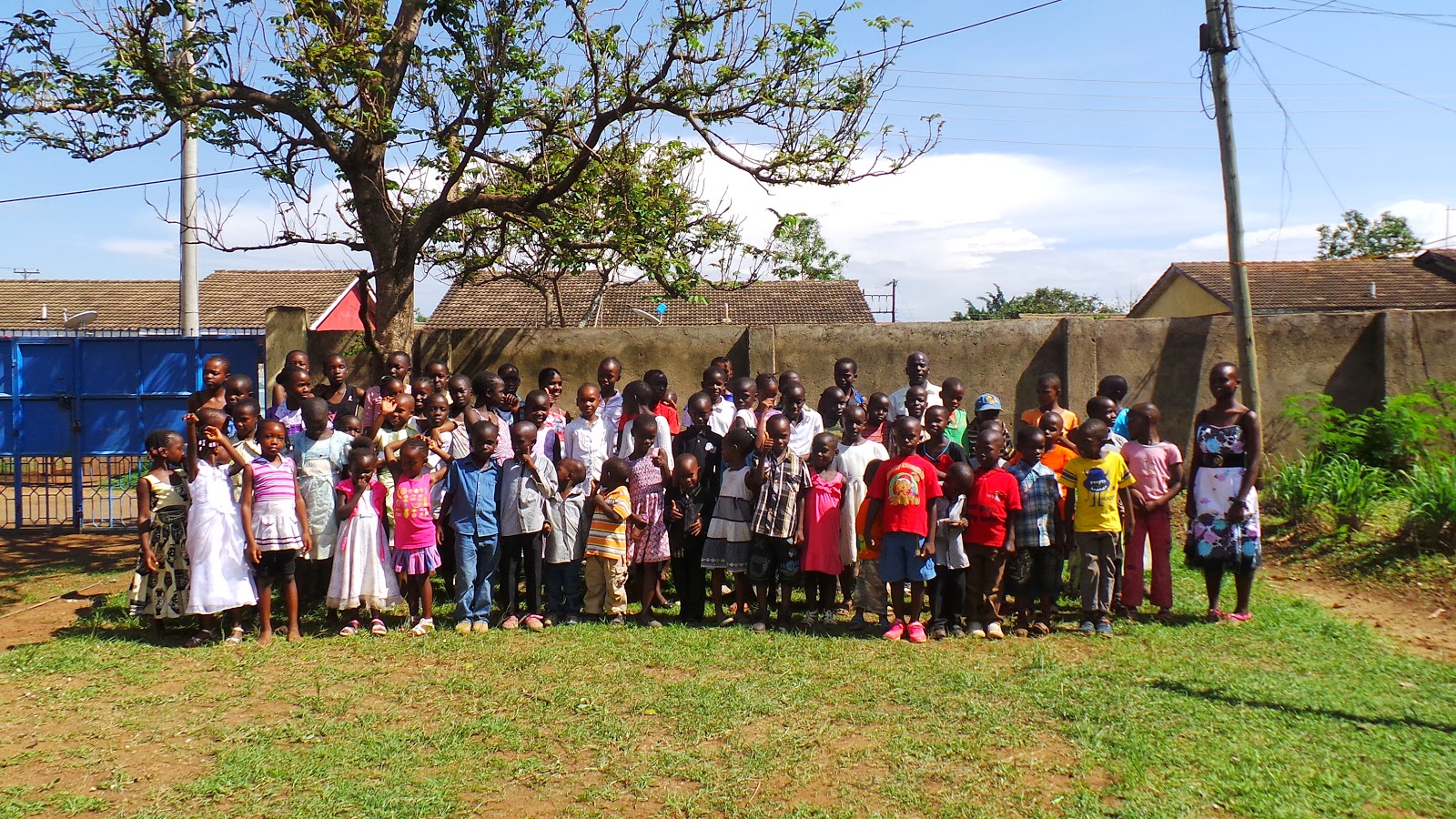